Body and Mind Fitness/Blog/£900 on Black Friday – Is she insane? 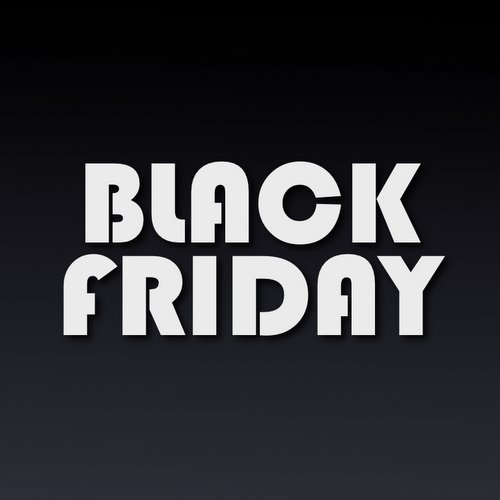 It’s Friday 27th November 2015 but this is no ordinary Friday.

This is BLACK Friday!

I guess it follows the Halloween tradition and many other traditions we copy from the other side of the pond.

Black Friday is a day where people go absolutely berserk and start fighting each other just to get a bargain!

Well, not really but it always seems to end up that way.

Come on people, fighting each other in shop doorways?! Really?

Are we some sort of animal species hunting in packs to get the latest prey (bargain)?

Just this morning, I heard Tesco in Durham could only let 20 people into their store at one time because some people were fighting over a flat-screen TV!

As you know, my messages are aimed at women’s health and fitness but I like to think that I provide more than that. The times before and after my classes for example, can sometimes be more of a social occasion for some of the women as they’ve made friends over the weeks and months and like to chat! They even arrange social evenings and day trips!

We even have coffee now in the studio – woo, get us!

I don’t eavesdrop (much!) but I often hear talk of the women buying clothes, bags, makeup etc.

I just heard on the radio that one woman paid £900 for boots and that’s on Black Friday! I can’t imagine how much they were originally.

What’s this got to do with health and fitness I hear you say?!

That woman was prepared to pay nearly a grand on one item – she may not even wear them very often!

I bet if I asked that same woman if she would part with £900 for a personal training package, she’d think a thousand times before saying no!

My point is that people will pay over the odds for something they ‘want’ not ‘need’ but are hesitant when it comes to their own health and fitness.

In fact, it amazes me.

Possessions are sometimes more important than looking after your health.

Maybe it’s time to get your priorities right – health should be number one on your list.

So, for me, Black Friday is just another day. I actually make a deliberate effort to avoid the shops – unless I really need food.

Fighting, climbing over each other, grabbing and pulling items from each other…the world has gone mad!

I wish the same energy devoted to buying bargains on Black Friday would be used on the majority of people staying healthy.

So, why not take a step back and think about your health and fitness?

Are you really happy with your fitness right now? Is a lack of fitness affecting your health in a major way? Does it impact on your life or on your family?

Forget about grabbing the latest bargains and concentrate on your health. You can go shopping at any time when the atmosphere is more relaxed and it’s actually safe to do so!

Here’s something to help you with eating healthy…

40 Healthy Snacks that you can eat especially if you’re pushed for time. It’s free so don’t worry…I’m not asking for £900!!

Start with good health – you’ll be thanking me for the advice!