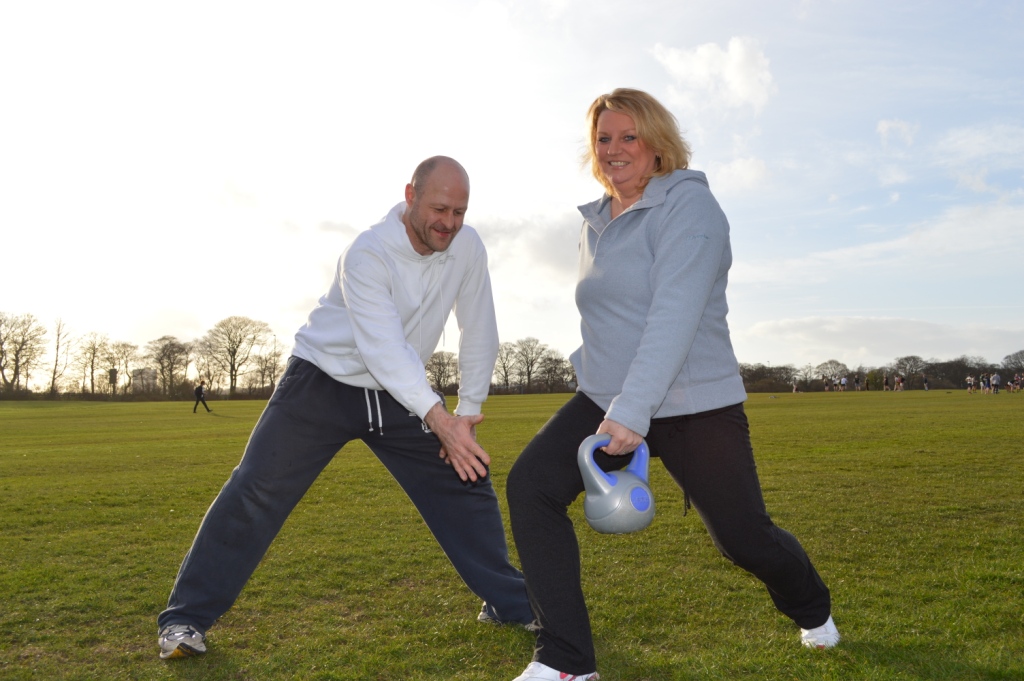 For years mum-of-two Michelle Rainbow solely concentrated on juggling work and family life. She made sure her boys were safe, well and in the right place at the right time whilst holding down a demanding business development role. Her weight and health were low down her list of priorities. She was content in keeping others happy but was beginning to dislike the way she looked and felt. The 46-year-old from Morpeth was wearing size 18 clothes, feeling lethargic, craving sweet things and relied on coffee to keep her going throughout the day.

Michelle recognised the rush and happiness her sons gained from sport and one day she decided she wanted a taste of what it was like to be fit and healthy for herself. She said: “I tried the famous diet clubs and was successful in losing weight but I struggled to keep the pounds off and eventually I put it all back on and them some! I also found the diets were restrictive, boring and quite honestly I was hungry most of the time, craving all of the things that I couldn’t eat.  I also found I didn’t have enough energy to exercise. I was a bit disillusioned by the whole experience but my desire to slim down and become healthier was driving me to find a programme that I would enjoy. I heard about Body and Mind Fitness Company through LinkedIn. The fact that they helped you with fitness and supported healthy eating was really appealing. I knew I’d get the results if I focused on both.  The only thing that I was sceptical about was the fact that the company prided themselves on women’s fitness and the idea that the ladies in the groups would support each other.  Never-the-less I went along to the first class in January and Paul, the trainer, was very thorough – took measurements, weight, muscle mass etc – but not once was I asked how much I wanted to lose – the chat was all about being healthier and fitter  – what a revelation!

“Paul explained the types of programmes he offered and I chose the detox option. We were given guidance about healthy alternatives, recipes and a meal planner.  I was a big coffee drinker and the idea of giving up caffeine was a non-starter.  One of the other ladies mentioned she’d felt the same but had given it a go and after a few days she said she felt marvellous, so I ditched coffee.  She was right – the first few days I was headachy and grumpy, but after about five days, it was like sometime had spring cleaned my brain. I was focused, sharp, alert and motivated.  I also attended the exercise classes where the women were completely different shapes and sizes, some were reasonably fit, others were like me and totally unfit but it didn’t matter as no-one was there to judge. At this point I understood how the support from other women could benefit me. I realised that we all have our own issues with our bodies regardless of how we look on the outside. Talking about this really helped me to see that my goal is to feel positive, healthy, energised and motivated to carry on.

“The five week exercise sessions were short; sharp bursts of activity, lots of variety so no two sessions were the same. The ladies in the class who were less fit than the rest gradually built up their stamina and strength as there was always an option to suit everyone.

“After five weeks (and no cheating) I had lost well over a stone in weight and inches from my waist and hips. I feel younger, fitter, had a clearer mind and felt a lot less tired.  More importantly, I’m not constantly hungry. I’m now addicted to my new lifestyle and have continued to attend Paul’s sessions three times a week.

“The ladies in the class are a great emotional support. We have all inspired and encouraged each other as well as given practical support by sharing recipes and ideas for lunch. Most importantly we have fun. I am now thinking about running the Great North Run next year, something I never thought I could do. In total, I have lost almost two and a half stone in weight and down three dress sizes. Although that wasn’t the main driver for me I am thrilled to ribbons!”