The dangers of jogging – this could save your life… 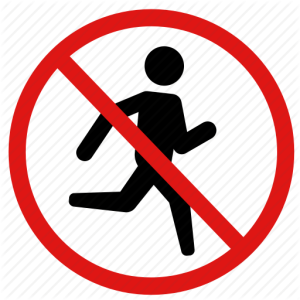 As a nation, we’re keen joggers and we strive to get fit for the Great North Run and London Marathon.

But it’s with sadness that just a couple of weeks ago, an Army captain died of a suspected heart attack while running the London Marathon. Army captain David Seath was only three miles from the finish when he collapsed and sadly died. David was just 31!

The previous death came two years ago when 42-year-old Robert Berry collapsed at the end of the London Marathon, just after crossing the finishing line, and was pronounced dead when he arrived at hospital. I mean, he was JUST 42!

And remember when four people died en route to South Shields during the 2005 Great North Run? In 2006, another man in his twenties died.

Why are people dropping dead from jogging?

According to scientists from America and Taiwan, research shows that too much jogging decreases your testosterone levels and hurts your immune system. If you do two to three hours of cardio a week then you are at greater risk of contagious diseases and illness.

This is proof that you do not need to exercise for hours and hours.

With continuous long endurance training such as long distance running (on the road or on the treadmill), you are routinely forcing your body to perform the same cardiovascular challenge, by repeating the same movement, at the same rate, over and over again, without variation, and without rest, which is unnatural for your body. Also, how many people actually look in discomfort when they are running at slow speeds along the pavements?

Yet nature has designed your body to adapt to whatever environment you encounter. If you ask it to perform this activity repeatedly and routinely, it will gradually change the systems involved to meet the challenge more effectively.

What does this mean?

The body’s primary adaptation will be to become more efficient at light, long, continuous, low output as you are asking it to repeatedly go non-stop for long distances, against low resistance, at a relatively slow speed.

One of the ways that your body adapts is by gradually rebuilding your heart, lungs, blood vessels and muscles as small as possible but still have the minimum energy required.

Forced, continuous, endurance exercise (as in long distance jogging) induces your heart and lungs to ‘downsize’, which will still allow you to go further, more efficiently, with less rest and less fuel.

Most heart attacks are caused by sudden demands placed on the heart. That’s why it is so important to condition your heart the right way.

Building reserve capacity is critical. It protects you from the risks of having a heart attack.

Like I said above though, long durational cardio and excessive aerobic training can actually shrink your heart and reduce its capacity to adjust to changing demands. So training for a Marathon or the Great North Run may not be doing you any favours when it comes to protecting your heart.

Jogging in the same way every day (or at least frequently) will downsize your heart, leaving it more vulnerable to shock situations. And running a solid 26 miles (or 13 miles as in the Great North Run) could certainly be a shock situation for your heart.

This is what could be happening to these event runners. It’s just my theory – obviously, there could be more underlying issues with some people.

What to do instead?

Stick to short burst workouts that boost your metabolism, burn fat and give you the body you want. Progressive short intense exertion periods with appropriate rest periods build up that critical heart reserve capacity – it will make your heart stronger and more able to deal with stressful situations.

You may have heard of HIIT? Well, it’s that type of training that will build up your heart’s capacity and make it stronger. It is even more effective when combined with weight training. These two methods of training will see you build your muscle tone, increase your heart strength and make you stronger. So in stressful situations, you will be more equipped to deal with the demands placed on your body.

This is the type of training I teach at my studio and it works wonders for the women who attend.

Another 12 women have just started this week and I hope to help them as much as I can.