My mother taught me a lesson, part one…

Body and Mind Fitness/Blog/My mother taught me a lesson, part one… 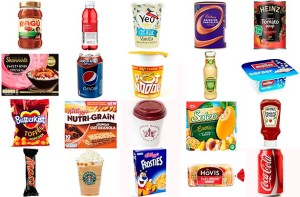 I usually get invited for my Sunday lunch at my parents. It’s a nice gesture.

I mean, who could turn down the appeal of meat and five veg?! If it’s chicken, I’m happy. Pork or beef though and not so much!

The meal aside, I always learn things from my mother. She’s very talkative and sometimes I can’t get a word in!

She usually tells me about the neighbours, who’s doing what, when the police turned up, the litter that is left by the council – you name it, she tells me about it!

Anyway, what’s this got to do with health and fitness?

Well, last week, she told me that she had put on weight and that her clothes were a little tighter, especially around her waist and hips.

She couldn’t understand the reason for her weight gain apart from starting to use sugar on her breakfast cereal – instead of artificial sweetener.

“I only use a tablespoon of sugar.”

Hmmm, I was thinking that maybe there was more to it than just an extra tablespoon of sugar.

[More on artificial sweeteners another time but in my opinion, they should NOT be used instead of sugar]

Without it being a personal training consultation, I just asked her a couple of questions.

“Do you still eat canned beans and soups?”

“What breakfast cereals do you eat?”

I asked in such a way that it sounded like I was her son, not a Personal Trainer!! (I think!)

Her answers gave me the possible reasons for her weight gain. Breakfast cereals such as Corn Flakes, Frosties, Rice Crispies etc are bad news. The manufacturers of these products add extra sugar and salt to make them taste ‘great’!

Just look at the ingredients list and see how much sugar is contained in a bowl. You may be very surprised.

Baked Beans and canned soups probably contain more sugar than some chocolate bars! Again, the sugar is added to make the products taste good. Have you ever had ‘no-salt, no-sugar’ beans? They taste awful.

I call these hidden sugars. You just don’t associate beans or soups with sugar.

So when my mother adds that extra tablespoon of sugar to her breakfast cereal, it just increases the problem. Extra calories (empty calories) means added fat storage.

The extra sugar in her system will increase her insulin levels and if she doesn’t exercise, she will store that as fat.

Refined carbs such as sugar, white rice, and white flour are troublesome. They’re digested so quickly that they cause blood sugar surges, reduce insulin sensitivity, and spike cortisol levels in the blood, which leads to weight gain and many other potential health problems.

If you eat a bunch of carbohydrates (or sugars) and then just sit around, then they are most likely going to turn into fat on your body.

So if your goal is to lose weight, then you may want to cut down on your total carb intake. This ‘low-carb’ style of eating has been proven to be effective in weight loss.

So what could my mother eat instead?

She could eat more complex carbohydrates such as sweet potatoes, fruits and vegetables, which are packed with fibre, which don’t break down and get stored as fat. These foods also contain vital nutrients and leave you feeling full longer so you’re less likely to continue eating more than you actually should.

Here are some good breakfast suggestions:

Be inventive. I know my mother doesn’t like to cook much but any of the above suggestions are simple to prepare.

Stay tuned for my next ‘maternal’ lesson.

By the way, if you’re interested in new ideas for breakfast, and other meals and snacks, I’ve just released my new ‘7 Day Weight Loss Kick-start’. It is completely online and there’s no exercise involved! It starts on 10th November.